PIKA is a little cute robot sidekick. Manufacturer's history states PIKA was used as a weapon, a safe for medi-kits or special objects during personal use or government funded excursions due to his nimble and small size. Alleviating less cargo to be carried on a person. Different variations and models of the sidekick were inspired by 21st century's card game and video game franchise of Pokemon. PIKA, model 9.0075 stopped production in 2635. Programming from its latest upgrade can be hacked for customization to fit the owner's desires. Michal's PIKA is intended as a companion and sidekick, akin to a house pet.

With a temperament of an independent cat that has capabilities of game play of an acting npc or teammate within certain gaming networks once patched in. Independent, loyal, mildly mischievous, curious, and astute. Current programming includes universal translator, with primary binary communications ( vocalizes repeatedly 'pika, pika' ). Camera sensors at mid-grade level. A little over 2.5ft standing and moves at speeds from 15 to 70mph. Its weapons or battle utilities are still functional, but user codelocked to limit its severity which include agile attacks, emitting electric shocks up to 100,000 volts (similar to stun gun or high-powered blaster beam), and threat assessment/protocol. 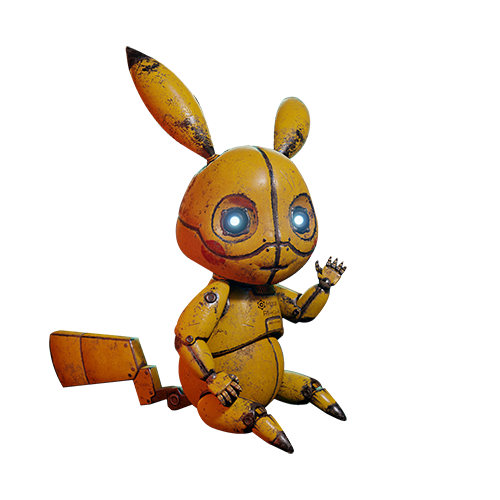 (p)rocurement (e)xpansion (a)ssistant (n)avigation (u)nit (t)raveler, also known as Peanut version 1.0. Is military equipment that is cylindrical in body with back arachnid like stabilizer arms, fore hi-tech power limbs with a vector thrust system. Functional as a service drone, it is controlled by user, system, or sensor response and has no speech. Former models were expanded beyond factory programming, which was intended for field work to detect stealth weapons systems, but was built to function by independent programming as a navigational unit in treacherous terrain.

Once known to be solid, reliable with use of lots of power, has since been decommissioned from its 3rd generation stable. It’s developer, Universal Robotics, moved onto other efficient models that were and continue to be manufactured outside of military use within private sectors. Is currently a hull of scrap with no other use than to test programming processes or convert unusable computations to current programming of Peanut 2.0. 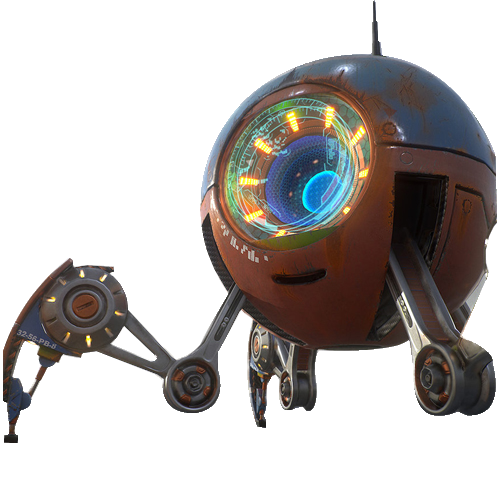 (p)rimary (e)nhanced (a)ssistant (n)onmilitant (u)nified (t)ool-kit is a generation 5 service bot from Universal Robotics, retrofitted with components from peanut 1.0 to be a companion and handy service bot. Was formerly used as a security admin and unit for combative assistance. It was manufactured part by Telos; until a legal suit forced the company to return its original plans back to Universal Robotics. Was once programmed without a personality, cold and terse. Sometimes projection of superiority with being emotionless at all times.

Primary hand converts to numerous tools, including a retrosaw, sonic drill with interchangeable bits, particle clamp, and dynaphased filer. Though is able to accommodate other tools with manual use. Installed sensors can offer precise measurements, which Peanut uses as reference according to the common measurement system. Peanut 2.0 has since been re-programmed, diverging from its stock systems with components of Peanut 1.0 being used to retrofit from. He is easy to repair and be built with capabilities of self-maintenance and routine upgrades. He’s capable of problem solving and improvisation, acting as a personal tool-kit & handy assistant with proficient speech capabilities. Is hyperactive, expressive, and known to sling wisecracks, always seeking the assurance of others. 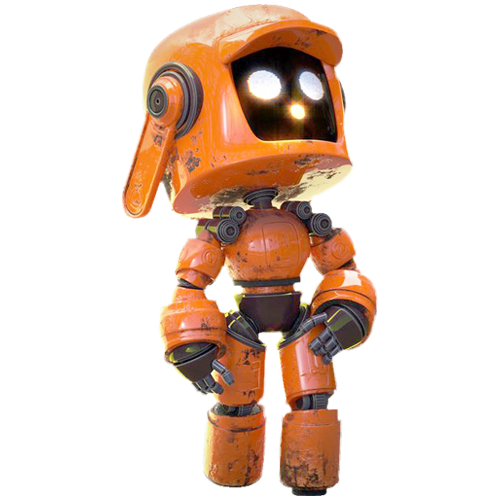 RAMFIT was licensed as a toy collaboration & collectors item from the centuries old VR game RAMFIT'S STONE. Disassembled and rebuilt in reformation as a physical security application for home and office. It is a smaller unit to-scale of the character toy, which was once sold as a companion piece. RAMFIT’S Stone has seen other renditions and sequels to its title. But none have reached the success of its first installment. Parts used in rebuilding RAMFIT, were fabrications from a sturdy plastic sheathing that was used to form over the alloy skeletal frame.

The robot can become mobile, and more interactive if granted by the user with permission overrides in the optional settings. RAMFIT is pre-programmed for users to connect to their personal comms and other servers. Holding information, being an inquiry hub, along with assisting in operations that expand to being a remote for home or office functions with other appliances or applications. He is currently in his last stages of capability testing, which results in the conclusion of a commissioned piece. 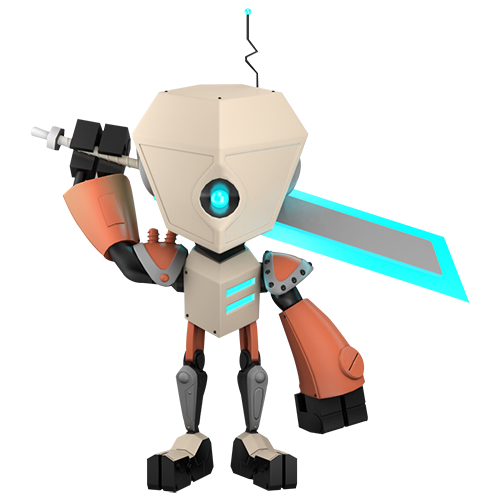